Several significant commercial centers serve Clairemont Mesa and are located at the intersections of major transportation corridors, such as Clairemont Drive and Clairemont Mesa Boulevard, as well as Balboa Avenue and Genesee Ave.

Located just a few miles from Clairemont Mesa is Mission Bay -- offering boating, fishing, swimming, jet skiing and picnicking. Trails around Mission Bay are used by walkers, joggers, in-line skaters and cyclists.  Less wildlife, but no less fun, can be found in Clairemont Mesa's recreation centers.  Torrey Pines Golf Course, home of the 2008 U.S. Open, is nearby, as are many other wonderful courses. 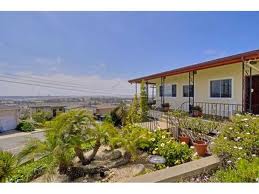 This great community is home to the San Diego Unified School District. Nearby colleges and universities include San Diego State, UCSD, and three community colleges.

Most Recent Houses for Sale in Clairemont Mesa

BUILD YOUR DREAM HOME! Amazing Bay Ho lot for sale that will have San Diego Bay views. This 6500 square foot lot will actually have an address on the coveted Ticonderoga...

This information is deemed reliable but not guaranteed. You should rely on this information only to decide whether or not to further investigate a particular property. BEFORE MAKING ANY OTHER DECISION, YOU SHOULD PERSONALLY INVESTIGATE THE FACTS (e.g. square footage and lot size) with the assistance of an appropriate professional. You may use this information only to identify properties you may be interested in investigating further. All uses except for personal, non-commercial use in accordance with the foregoing purpose are prohibited. Redistribution or copying of this information, any photographs or video tours is strictly prohibited. This information is derived from the Internet Data Exchange (IDX) service provided by San Diego MLS®. Displayed property listings may be held by a brokerage firm other than the broker and/or agent responsible for this display. The information and any photographs and video tours and the compilation from which they are derived is protected by copyright. Compilation © 2021 San Diego MLS®,

For Email Newsletters you can trust